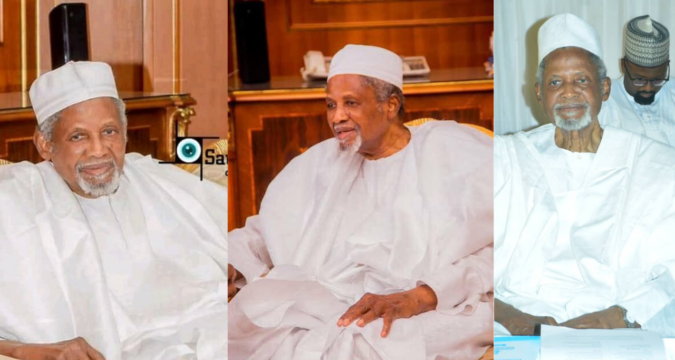 Aminu Dantata, a Nigerian businessman and philanthropist, was born on May 19, 1931. He is known for his role as one of the promoters of the Kano State Foundation. This endowment fund supported educational initiatives and provided grants to small-scale entrepreneurs in the city of Kano. He is the leader of a group of companies that manages his various business endeavors, including his real estate holdings.

Dantata was born into the family of Alhassan Dantata, who was from an Agalawa trading family. Aminu Dantata’s grandfather was named Abdullahi, while his great-grandfather was called Baba Talatin. Baba Talatin was a prosperous merchant who brought the family from Katsina to Madobi following his father’s death, Ali. Aminu Dantata’s grandfather Abdullahi continued to operate from Madobi until 1877 when his wife delivered Alhassan Dan. In a family with a total of seventeen children, Aminu Dantata is the fifteenth of the Dantata clan’s offspring. His education began at Dala Primary School in 1938 and continued until 1945.

After that, he completed his formal education through home studies at a private school established in 1949 by his father. After completing his education, he started working for the family company, Alhassan Dantata & sons, in 1948 as a buyer of produce while he was also getting married. In 1955, he was promoted to district manager for the company’s Sokoto location. 1955 was also the year that his father passed away, and after his passing, the children were given their respective shares of the family business. In 1958, Dantata was promoted to the position of deputy managing director at the company, where his brother Ahmadu served as the managing director. Dantata took over as head of the company after Ahmadu passed away in 1960.

Throughout his career, Dantata has diversified his business holdings and his involvement in various aspects of the political and economic landscape in Nigeria. At the beginning of the 1960s, Dantata had already established a construction company that enjoyed the patronage of the newly independent government in Nigeria. As a result, his company was awarded a contract to construct a portion of the School of Aviation in Zaria. In 1961, he was one of four businessmen who made up a group of 23 people who were on an economic mission to Nigeria. This mission was the first global mission that an independent government in Nigeria sent out into the world. When the Nigerian Industrial Development Bank was first established in 1964, he was one of the pioneer board members. Under the leadership of Audu Bako, who was in office from 1968 until 1973, Dantata was given the position of Kano State Commissioner for Economic Development, Trade, and Industry in 1968. He served in this capacity until 1973.

The Dantata group participated in the indigenization movement of the 1970s by purchasing shares of Mentholatum, SCOA, Funtua Cotton Seed Crushing Co., and Raleigh Industries. At the time, they held significant holdings in these companies.

In 1960, Dantata was promoted to the executive leader of Alhassan Dantata and Sons. After being started by his father as a commodity firm trading in groundnut, kola nut, and a few other commodities, Dantata went on to invest in some foreign businesses operating in Nigeria.

His father founded the company. The company ran the following divisions between 1960 and 1980: a building and construction division whose clients included the Defense Academy in Kaduna, an extension to Ahmadu Bello University in Zaria, and a civil aviation training school in Zaria. A Merchandise division that was established in the middle of the 1970s dealt primarily in Northern Nigeria in trading various building materials. Northern Amalgamated and Marketing Company Limited, this business entity is comprised of two primary divisions: a technical division that deals in the sale of WARD generators and Barford construction equipment, and a fertilizer division that supplies governments for the most part.

The company had a division that ran a Mercedes-Benz dealership and another division that ran a terminal at the Warri Port. By the 1990s, the organization had rebranded itself as the Dantata Organization and expanded its holdings in oil exploration through Express Petroleum. Additionally, it had also changed its name.

In 1961, Dantata won the election to serve as a representative in the Northern House of Assembly on behalf of the Kura district. In addition to that, he served in an executive capacity on the Kano Provincial Council. After the First Republic was abridged, Dantata was nominated to be an executive member of the newly formed Kano State in 1967. There, he served as the state commissioner of Trade and Industry. This was after the First Republic was abridged.

Several organizations located in and around Kano have benefited from financial contributions and building donations made by Dantata. Aminu Kano Teaching Hospital is the recipient of his generous donation to the Alhassan Dantata Hemodialysis Center. He was the institution’s first chancellor in Katsina, where Al-Qalam University is located.

At this moment, we don’t have any record of the networth of Aminu Dantata.