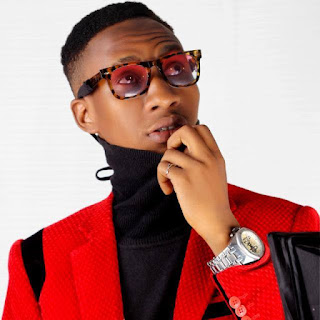 As at this moment of writing, we don’t have the formal biography of Tobyshang but feel free to read his interview with MYUNILAGSTORY below:

MUS :- Hey guys, welcome to another exciting episode here on MYUNILAGSTORY. Today we bring to you, the story of one of Unilag’s finest. Sit back, relax and enjoy.

TOBYSHANG:- I’m Tobyshang, MC, Crowd controller, Social Secretary of the Faculty of Arts. Formally known as ADEYEYE TOBI MICHEAL. As regards the journey so far, I didn’t come to school with the name Shang, I came to school with the name Tobexzy, that’s what everyone used to call me. When I got to school, 1st semester, we had a presentation(HSS 109), and I have given a topic THE SHANG DYNASTY OF THE CHINESE CIVILIZATION, it was actually a group work, the name of the lecturer is Mrs. Olawoyin, I was in group 9 and I was made the group leader. Unfortunately, I don’t attend a school like that because I had other things I was attending outside school but I was made the group leader still.

All my group members were complaining but the lecturer said she just wanted me to be the group leader. In the long run, we had rehearsal and I was chosen to represent the group, that was how everyone started calling me Shang, but I decided to add “Toby” to it.

Hostel life; Unilag decided not to give me a hostel in year 1, I was not pissed, I gladly squatted in Sodeinde and they showed me they’re from Sodeinde by stealing my laptop. I went for a class, and I was called that the locker of my bona fide has been jacked and the only thing they stole was my laptop. I suspected so many people but the laptop went like that. I didn’t really start my brand from the hostel. I’ve been an MC before I came to school.

The first semester, I was handling my friends birthday, lagoon front, they’d push me out “Shang, do this, do that” but when I gained a platform was when Eni Njoku had their hall week in year 1 and they invited an MC who disappointed them on the first day which was Monday. On Tuesday, someone from my department History and Strategic Studies, Mr Ayo invited me to come and anchor the show. I did it on Tuesday and Wednesday, they asked me to come on Thursday again and I told them that they had to pay for my service, they said: “Since you’re still looking for fame and popularity, take #1,500” after giving me the money, I came on Thursday to do my thing. So on Friday, the grand finale they still allowed me to handle the show, that day, Olabode Sage came alongside Sefan for their performance. When Olabode Sage came up to hype Sefan for him to perform, we had a conversation and he invited me to handle Sodeinde hall week with him.
I believe what is worth doing, is worth doing well, I have this quote “I won’t fail to negotiate and I won’t negotiate to fail”.

In terms of academics, most people don’t even know I got attractions based on my success in my academics, I won’t call myself a scholar but at least by God’s Grace, I’m one of the top people in the class. There’s a balance in my academic and entertainment worlds. Presently in the university of Lagos, we don’t have a student union but we have a COUNCIL OF SOCIAL SECRETARIES (COFS) and it consists of all social secretaries in all faculties and it pleases me to announce to you that I’m the chairman of the council.

I am single currently and I’ll probably get a girlfriend soon, but people see me with girls and they read meanings to it. I operate based on a song from Solidstar titled OMOTENA, because women need time and attention which I don’t have because I need the money and I can’t balance the two. For application, you have to write a letter in pdf, 7 pages, once you can’t do that, then don’t bother to apply. Thank you so much.

MUS :- There you have it guys, I’m sure you enjoyed this one. Don’t forget to leave a comment and share it with your friends. See you next time.

Note: This article was not compiled by Mayor Tunes Media, it was duly written and posted by MYUNILAGSTORY BLOG.