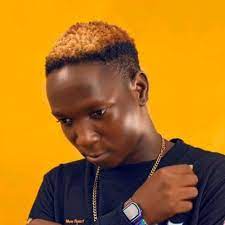 Hey guys in this post I would be explaining everything you need to know about TI Blaze Biography, Real Name, Age, Career, Education, Songs, Networth. All you have to do is to bookmark this page or pin it to your browser to stay glued to the end of this article. Without much ado let’s move into the body of TI Blaze Biography:

TI Blaze is a talented vocalist who hails from Ogun State, Nigeria. He was originally born and named Akintunde Abiodun Timileyin while his stage name is TI Blaze. TI Blaze had his secondary education at New Creation College where he bagged his SSCE Certificate. Due to a lack of funds, TI Blaze was not opportunity to further his education.

When we are talking about talented vocalists in Nigeria, TI Blaze should in no way be skipped from the list. This amazing singer has been striving on himself with his career before getting in touch with Olamide Badoo who transformed his career.

TI Blaze Career transformed from grass to grace after meeting with the legendary rapper in the person of Olamide. Recall that Olamide had been helping talented artists right from time. Olamide has helped artists ranging from the likes of Bella Shmurda, Omah Lay, Portable. Asake to mention but a few.

Abiodun Timileyin is his real name (popularly known as TI Blaze). He is Yoruba by tribe, Nigerian by nationality, and African by Continent.

TI Blaze started his career at a very tender age. At that time when he started music, he was in JSS 2. According to TI Blaze, he revealed that he started out his career as a rapper. Along the line, while growing up he released a lot of songs.

He got his breakthrough into music when he released Sometimes (Single). When the song was released a lot of people loved it and vibe along to it due to the street-worthy lyrics and pattern of beats. After a while when the original song ‘Sometimes’ had gained about 9Million streams on all streaming platforms; Olamide decided to jump on the remix. A lot of netizens were very happy because any song that Olamide jumps on is always a banger.

The remix also trended and topped a lot of charts just like the original version. Olamide Badoo murdered the beat of Sometimes with his Arabic lyrics which made Muslim fans develop more interest in the song.

TI Blaze had both his primary and secondary education in Alagbado Ogun State. To be precise he had his SSCE Certificate from New Creation College in Agbado Ogun State. Due to the lack of funds from TI Blaze’s parents, he was not opportunited to further his education to a higher institution of learning.

Instead of TI Blaze losing hope in his educational career, he rather opted to learn a profession. He raised up some funds to enroll himself into a Cyber Cafer where he learn about Computer Operating.

TI Blaze has released a lot of melodious tunes to his name. Some of his songs include:

Get all his songs HERE

TI Blaze has generated millions of streams from his platforms and he is therefore estimated to be worth about $50,000 at this moment.