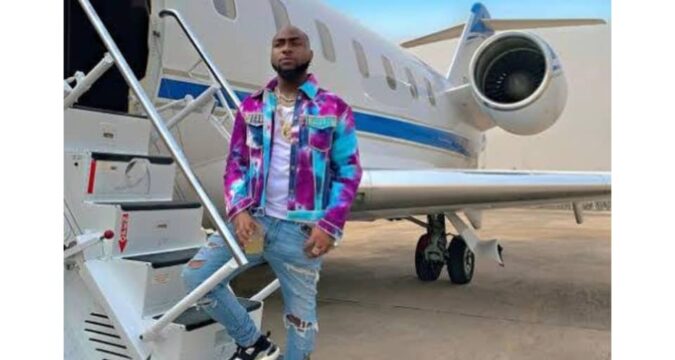 The Nigerian music industry has a lot of rising stars and coming talents. The biggest names in Nigeria’s music industry have been gracing our screens for years and they are still going strong. We have a few artists that own private jets too! Find out who they are!

Most Nigerians only dream of owning a private jet, but there are some superstars who turn their dreams into reality. Whether it’s the result of hard work or good fortune, these superstars know how to exact revenge on poverty by living the high life.

Nigerian singer, Davido is one of the artists in the country with millions of fans all over the world. He boasts of a private jet model Bombardier Challenger 605, which he claims to have acquired in May 2018. The jet is said to be worth over $27 million with a $4 million maintenance fee.

Check This Content  How To Chat With A New Girlfriend

However, the musician later shared a post: ”Lmao, all of you, what is mine is Imade’s and what is my father is mine.” The post made most people think he might not be the real owner of the private jet.

Davido, who’s one of the most influential stars in the world. He’s not just a musician but an investor and he’s also done a bit of acting too with over $25 million net worth would definitely have a private jet.

Wizkid is one of the top artists in Nigeria. He’s been touring outside the country and he’s done a few endorsements too. The super star which is valued to be worth over 73 billion naira is believed to own a private jet that he uses to travel around the world for his music and other engagements.

Although, the super star didn’t declare this officially but he’s been spotted on several occasions in one of the most expensive private jet that is reportedly worth over $40 million.

Don Jazzy’s net worth is estimated to be over $65 million and the super star regularly shares photos of himself in the private jet on social media. He started from the bottom but he’s now on top of his game. It’s no surprise that he is one of the artist that is widely believed to own a private jet but he is also one of the richest artists and producers in the continent

DJ Cuppy is one of the beautiful female stars in Nigeria that have taken over the internet with her stunning looks and she’s also one of the musicians that owns a private jet. The billionaire daughter, also known as Florence Otedola might have just started out in the music industry but she’s already making waves with her songs and with the support of her father , who’s a multi-billionaire. It’s impossible to doubt that DJ Cuppy is one of the richest songstresses in Nigeria with a private jet.

Check This Content  How To Get Featured On Bellanaija Wedding

The richest artiste in Nigeria, Tiwa Savage says she’s not materialistic but she does look after her family and enjoy fine things.

The singer has been spotted in several expensive private jets and she’s a beautiful lady that you shouldn’t miss to meet. The jet is believed to be worth over $20 million.

She is also a brand ambassador for several top brands and she has a net worth of multiple millions of dollars.

All the artists are super rich, but most of them grew from almost nothing to the top. They worked hard for what they have today and it was not just luck. They deserve what they have now and it’s a big achievement for any artist to own and maintain a private jet at this period of economic downturns.