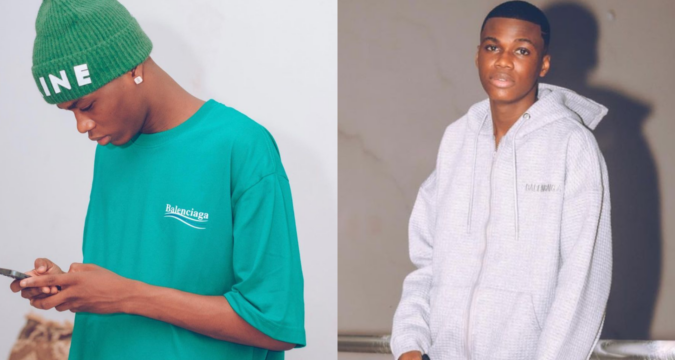 His stage name, T Dollar, is known as Olabinjo Ayotunde Quam. A rapidly growing Nigerian artist (musical) is a Nigerian singer and artist. Most of his friends often call him T Dollar Skebe.

T Dollar was born on the 19th of April, 2004, in Ogijo, Ogun State. The upcoming artist is 18 years old, and he might set the stage on fire in time.

– Biological name: Olabinjo Ayotunde Quam
– Stage Name: T Dollar
– Age: 18 years of age
– Nationality: Nigerian
– Hobbies: Listening to Music
– Marital Status: Single
– Favourite Travel Destination: Dubai and UK
– The Day His Career Paved Way For Him: The day he sang “Change Story,” which is his 3rd single.
– Valuable Lesson Learnt: Follow your mind
– Advice For Younger Ones – Never Underestimate what you know. Keep doing it; God is watching.
– Key to his professional career: Being Consistent.
– Favourite Memory From His Career: Performing his song and seeing people sing along with him

Not much of his education history/life is being revealed. Still, according to the singer, he is presently done with his SSCE and looking forward to furthering his education at the university.

According to T Dollar, he started his musical career at a tender age. He started music when he was still in secondary school, where he and his friends always got into a rapping competitions. T Dollar tends to be a balanced artist in both singing and rapping, making him exceptional in the music industry.

Currently, he has signed to Double 6 Entertainment and released many songs and an Extended Play project under management. His breakout music was ‘Change Story’ and ‘Our Father’ featuring Oladips (The Yoruba Indigenous Rapper and Songwriter). In 2022, he released a new track titled ‘Rise,’ which gained over a million streams in just two days and trended on Tiktok for a couple of months.

T Dollar has also been privileged to collaborate with Seyi Vibez, and they both dropped nothing but a banger.

We don’t have any records about the networth of T Dollar, but we promise to keep you updated very soon.

Here is all we know about T Dollar, and if there are more updates, we will keep you posted.