Many people are wondering and wanting to know the unique voice behind the Big Brother Mzansi reality show. In this post, I will be explaining things you need to know about the voiceover artist behind Big Brother Mzansi voice. You would be privileged to know Sifiso Makhubu Big Brother Biography, Age, Voice Over, Career, Networth in this content.

Without much ado, let’s move into the body of the content.

Sifiso Makhubu is a young-looking man Sifiso Makhubu possess a deep, smooth, sexy and dark authoritative voice. With the possession of his extraordinary voice, he was qualified to be the voiceover artist for Big Brother Mzansi.

He offers his voice services to interested companies to feature TV shows and other advertisement firms.

Sisibo shares: “My voice is perfect for narrations as it has a deep dark authorative element to it. Over and above that I’ve had great success with sporting promos, as well as corporate audiovisuals. I am also keen on being an MC in the near future since I would like to also be the backing voice at gala events and ceremonies.” 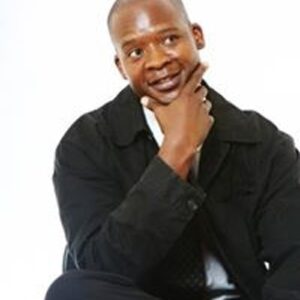 The official age of Sifiso is still unknown, but we promise to keep you updated as time goes on.

According to Sifiso, he explained that his voiceover was levelled up after working with Big Brother Africa (Now Big Brother Mzansi) in 2005. He explained that he was thrilled because the show would be broadcast to over 52 African Countries and run for 98days non-stop. However, he had been a regular and hardworking broadcaster before working with Big Brother. He had been a figure in the field of being a voiceover from the range of sport, education and lifestyle to government public service announcements.

Sifiso Makhubu also explained that he is not only a broadcaSter, but he had a course from a reputable firm in 2005 also. He had also worked with South African Airways as a flight attendant, where he was opportune to go through a lot of life skills, soft skills and cross-cultural skills training.

According to a bit of intro he made about himself on Voice123.Com, he said:

I use three studios, and although I’m not technically minded, I know that the studios are state of the art, with qualified sound engineers operating the equipment. While working on big brother Africa, I learnt many skills since I also doubled up as content director, copywriter, and finishing editor. These skills are coming in handy since I am also starting to ply my trade in t.v and radio production. Being a crew member also helped me learn about other countries and cultures, which is why my accent is so neutral, I guess. It comes in handy when working and interacting with people from other countries.

We do not have any record of Sifiso Makhubu Networth at this moment of writing, but we promise to update you very soon.