Sandra Ndebele is a Zimbabwean singer, director, actor, choreographer, and dancer. She is also known for her work in the film industry. She has performed all over the world, including in India, Dubai, China, the United Kingdom, Russia, Canada, and Japan, which has helped her build a strong reputation as a versatile performer in Zimbabwe. [1]. She presently serves as an ambassador for several organizations, including the Traffic Safety Council of Zimbabwe, the National Blood Service of Zimbabwe, Mpilo Central Hospital, and Suzuki. The year 2018 marked the beginning of Sandra’s rebranding of both herself and her music. She has recently adopted a style that is more contemporary, and her music features a lively, high-energy dance vibe. 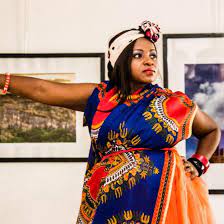 Sandra began her musical career as a member of the youth choir at her local church, where she was a regular attendee. During her time at Founders High School, she competed in a public speaking competition hosted by the National Association of Secondary School Heads (NASH). She received first place for her presentation of the speech “Black and Proud,” which was written by the well-known Zimbabwean poet Albert Nyathi. She eventually became a lead performer with Mpopoma High School’s performing arts group, where she participated in music, dance, and theater performances. Iyasa was first formed by this ensemble, and they went on to perform in Zimbabwe, Austria, and the Czech Republic.

After that, she began her career as a solo artist. In February of 2003, she released “Tshaya Tshaya,” her first solo album, which had ten tracks. In the same year that the album was released, she was recognized with nominations for three different categories at the first-ever Zimbabwe Music Awards (ZIMA), which were presented at the Harare International Conference Centre (HICC) in December of 2003. Sandra’s entrance onto the scene was so notable that she was considered a contender for the prize for “Best Live Act” at the Zimbabwe Music Awards, alongside Alick Macheso and Oliver Mtukudzi, who passed away before receiving the honor. She was considered for the award categories of Most Promising Artiste, Best Female, and Best Urban Grooves (Female), respectively. 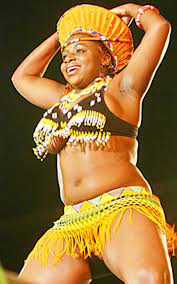 In the entertainment industry, she is known by the stage name Sandie, and she was supposed to play the role of Siphetho in Cont Mhlanga’s drama titled The Nyaminyami. She portrays the role of a farm manager’s wife, the role of which is portrayed by Thulani Mbambo. Mhlanga stated that the mother of two’s performances throughout the tryouts astonished and impressed him. 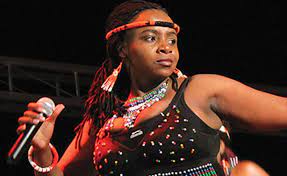 In 2011, Sandra’s star-studded wedding was place at the Nesbitt Castle, and it was lighted by South African singer Nani Ntengo. Together with Platform One, Nani Ntengo got the crowd up on their feet and dancing for the “makhoti.” She tied the knot with Nkanyiso Mbusi Sibindi, who works as a lawyer in the United Kingdom. According to several sources, the two first crossed paths in the year 2000, when Ndebele was just starting out and attempting to establish a name for herself. A few years later, Sibindi relocated to the United Kingdom in order to find work and start a new life there. People who knew Sibindi described him as a very reclusive individual who stayed to himself and as a man who maintained sober habits. At the time of their wedding, the couple already had a two-year-old boy whom they called Nkanyiso Junior. It appeared as though the pair was planning on adding another member to their family soon, as evidenced by the noticeable bulge on Sandra’s wedding gown.

Iyasa, the band that was responsible for naming Sandra, supplied the entertainment for the event, and the director of Iyasa was given the opportunity to speak to the attendees about how he became acquainted with Sandra and her accomplishments in the arts. There was an intriguing song performed by an SDA acapella group that spoke about the bride being theirs and how they did not want to see her at nightspots. The song was titled “We Do Not Want to See the Bride at Nightspots.” Is it safe to say that Sandra’s time as a musician is over now? On the guest list were notable people such as Sobuza Gula-Ndebele, Jeys Marabini, Lorraine Tsoanele Maphala, Sibusisiwe Dube, Sipho Mazibuko, Sarah Mpofu – Sibanda, and many more social butterflies. 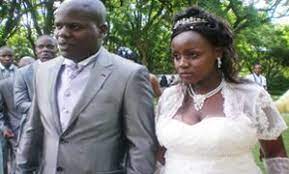