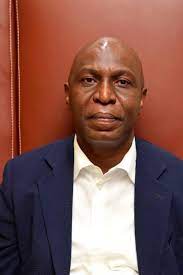 Sam Omatseye is a distinguished journalist, novelist, poet, and novelist from Nigeria. He also serves as the current chairman of the editorial board for The Nation newspaper.
Omatseye has lately been in the headlines as a result of an essay that he penned and named “Obi-tuary,” which was published in the publication The Nation on Monday. According to what he wrote in the piece, Obi’s campaign has become an opportunity for “closet Biafrans to express open emotions regarding Biafra without being accused of it.”
We would have access to Sam Omatseye’s biography, which includes his date of birth, age, early life, family, early life, education, career, net worth, houses, cars, social media handles, and other information.

Sam Omatseye was born on June 15th, 1961 in Delta State, Nigeria, into the family of Mr. Moses Omatseye (late) and Mrs. Salome Omotemevo Omatseye (late). Both of his parents have now passed away. Following the completion of his primary education, he continued his studies at Government College, Ughelli, which was then known as Bendel State, in the state of Delta.

After that, he continued his study by enrolling in the higher-level classes offered at the Federal School of Arts and Science on Victoria Island in Lagos. Additionally, he graduated from the University of Ife with a degree in history (now Obafemi Awolowo University). 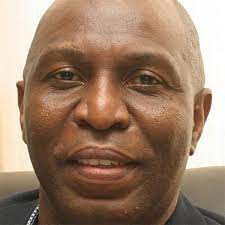 In 1987, he began his career in journalism by taking a position at Newswatch Magazine as a Reporter-Researcher. In this role, he was responsible for covering a wide range of topics, from International Affairs to Cultural Topics.

In the year 1990, the United States Information Service chose Omatseye to cover the off-year elections. During his time in the United States, Omatseye worked for a total of six weeks, including an assignment with the Kansas City Star in the state of Missouri.

Within the Concord Newspapers, he was given the position of Managing Editor of the Abuja Bureau in the year 1993.

Sam Omatseye was employed by the Thisday newspaper in the role of Editorial Page Editor in the year 1995. After the Concord Newspaper Group was allowed to resume publication in 1996, he was promoted to the position of Deputy Editor of the Sunday Concord. 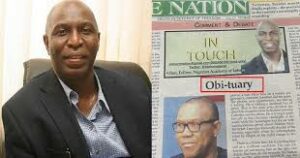 Sam Omatseye serves as the chairman of the Editorial Board for The Nation Newspapers at the present time. He is in charge of the newspaper’s Opinion Section and writes a column called “In Touch” on a weekly basis.

He is in charge of the newspaper’s Opinion Section and writes a column called “In Touch” on a weekly basis. A number of Nigerian universities, such as Obafemi Awolowo University, the University of Ibadan, the University of Lagos, and others, have hosted him for speaking engagements on multiple occasions. He now serves on the Governing Council of The Lagos State University after receiving this appointment. On numerous occasions, he has offered his observations on current events in Nigeria on various radio and television programs. He presently hosts The Platform, a controversial political program that airs every Saturday on TVC. Previously, he hosted the television show Standpoint, which was shown on TVC.

Sam Omatseye is named after his father, Moses Omatseye, and his mother, Salome Omotemevo Omatseye. They are Sam’s parents. 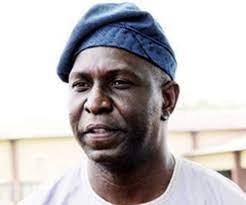 Sam Omatseye is a native of Ugheli, which is located in Delta State. It is not true that he hails from the Igbo tribe. The Urhobo people are his ancestors.

The UrhoboTribe calls the town of Ugheli, which can be found in the middle of Delta State, its principal settlement. Additionally, it is one of the earliest kingdoms in Delta State, having its origins somewhere between the 14th and 15th centuries.

Sam Omatseye has a net worth of around $600,000. Some people in Nigeria believe and express the opinion that the only thing that makes journalists in the country wealthy is popularity. This assumption might be correct for certain individuals, but actors like Sam Omatseye know better. The AK-47 is no match for the volume of his pen.

Sam Omatseye, a writer who was born into the world, is undoubtedly one of the most influential social media stars in the world. Working with Sam, who is a superstar with a lot of influence, is a terrific experience. On a regular basis, he shares a great number of personal images and videos with his extensive following on various social media platforms in order to communicate with them. Create a unique identity and engage in conversation with his followers.

Sam Omatseye is the author of a lot of works, some of which are as follows:
• A Chronicle Foretold (Columns)
• My Name Is Okoro (Novels)
• Crocodile Girl (Novels)
• Mandela’s Bones and Other Poems (Poems)
• Dear Baby Ramatu (Poems)
• Dear Baby Ramatu: Poem
• Tribe and Prejudice
• Lion Wind And Other Poems (Poems)
• In Touch, Journalism as National Narrative (Columns)
• Scented Offal (Poems)
• The Siege to mark Professor Wole Soyinka’s 80th birthday (Plays) 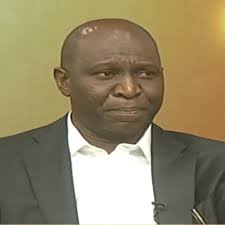 • Best Reporter in the 1991 Nigerian Media Merit Award (for coverage of the military air crash in Ejigbo, Lagos)
• Gordon N. Fisher Fellowship for Journalists in The Commonwealth (1992)
• The Alfred Friendly Press Fellowship (1997)
• Association of Black Journalists Award for Feature Writing
• Scripps Award Prize for Deadline Reporting
• Columnist of The Year in the Nigerian Media Merit Award (NMMA) (three times)
• In 2015, he was made an Honorary Fellow of the Nigerian Academy Of Letters
• The National Productivity Order of Merit (NPOM) (2019)