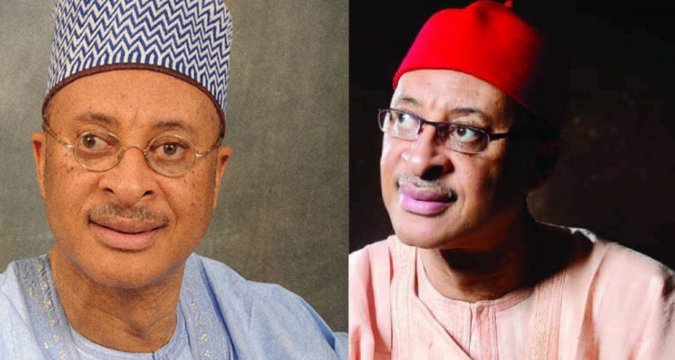 Patrick Okedinachi Utomi, better known as Pat Utomi, was born in Kaduna, Kaduna State, on February 6, 1956. He was born in the Delta State town of Igbuzo, which is in the Oshimili North Local Government Area.
He is a Fellow of the Institute of Management Consultants of Nigeria. Pat Utomi is a professor of political economy and management in Nigeria. He started the African Democratic Congress party and the Centre for Value in Leadership (CVL). He works at Lagos Business School as a teacher. He has worked in the government, as an adviser to the president of Nigeria, in the private sector as Chief Operating Officer for Volkswagen of Nigeria, and in the academic world.

Pat Utomi went to St. Thomas, Kano, for his primary education from 1960 to 1962. From 1962 to 1966, he went to Our Lady of Fatima, Gusau, and then to Christ the King College, Onitsha, and Loyola College, Ibadan. He finished his secondary education when he was 15 years old. Since he wasn’t old enough to go to college (the minimum age was 17), he went to the Federal School of Arts and Science. Then, in 1973, he went to the University of Nigeria, Nsukka to study Mass Communication. He got his degree in 1977. He then went to Indiana University in Bloomington, Indiana, USA, where he got his Ph.D., MPA, and MA. In 2003, Lagos Business School made him a professor of the social and political economy environment of business and the first teacher of entrepreneurship. He has been a scholar-in-residence at both the Harvard Business School and the American University in Washington, D.C.

A few months after Pat moved back to Nigeria from Bloomington, Indiana, where he did his graduate work in the United States, the former vice-president Alex Ekwueme asked him to help with some papers on public policy. Soon after that, former President Shehu Shagari made him a Special Assistant, a job he lost after the military coup that ended the Second Republic in December 1983.

After the Second Republic ended, he became the chairman and chief executive officer of Utomapp Holdings Limited from 1984 to 1986. From 1983 to 1993, he was the assistant general manager for corporate affairs at Volkswagen of Nigeria Limited in Lagos.

In 1996, he was a scholar-in-residence at the American University in Washington, D.C., and a research associate at the Harvard Business School in Boston, Massachusetts. (In 1991, Lagos Business School first opened.)

He was in charge of setting up good governance and accountability groups in civil society, such as Transparency in Nigeria, the Centre for Values in Leadership, the Concerned Professionals, and the Restoration Group. Utomi was the vice-chairman of Platinum-Habib Bank in the business world. He writes columns and is the chairman of BusinessDay Media Limited. He also made the TV talk show Patito’s Gang.

He was a member of the Lagos Chamber of Commerce and Industry (LCCI), the National Council of the Manufacturers Association of Nigeria, and the Nigeria Employers Consultative Association (NECA). He gives talks all over the world, especially on growth economics, comparative development, leadership, oil, China’s economic boom, and Africa’s growing influence. He has worked with the Center for Strategic and International Studies (CSIS) in Washington and the Chatham House in the UK on many occasions. He has also been asked to write papers for the UK’s Department for International Development (DFID). His most recent paper, which he wrote with colleagues from Oxford, is about the Political Economy of Growth in Nigeria (2006).

Pat Utomi ran for President in 2011, but he came in last.

Pat Utomi has won many awards and has been recognized for his work. He was named one of Nigeria’s top ten living legends by the Vanguard/Silverbird Television Awards, one of the Great Nigeria Lives of the 20th Century by the Nigerian Tribune, and a societal role model by the Pioneer Awards in 2001, among other honors.

He gives talks all over the world, especially about growth economics, comparative development, leadership, the curse of oil, China’s economic growth, and Africa’s growing importance. He has worked with the Center for Strategic and International Studies (CSIS) in Washington and the Chatham House in the UK on a number of occasions. He has also been asked to write papers for the UK’s Department for International Development (DFID). His most recent paper, which he wrote with colleagues from Oxford, is about the Political Economy of Growth in Nigeria. (2006).