Minnie Dlamini, whose birth name is Minenhle Dlamini and who was born on July 7, 1990, is a well-known South African on-air personality, actress, and model.   In 2010, she was chosen to take over hosting duties for the live-music program Live Amp, which airs on SABC 1 on Fridays. 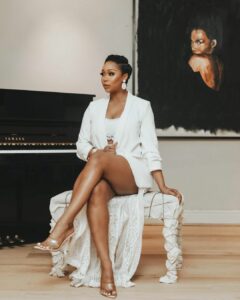 She was born in Durban, which is located in the KwaZulu-Natal Province of South Africa, to Jabulani and Queen Dlamini. Her early schooling was completed at Northlands Girls’ High School, and then she went on to continue her education at the University of Cape Town, where she majored in film, media, drama, and economics 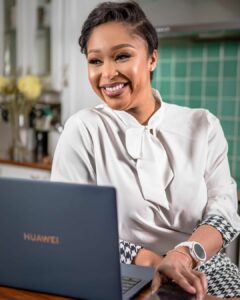 She wed Quinton Jones in a traditional ceremony on July 8, 2017, and the ceremony took place in Glenn Hills, which is located in Durban North. Afterwards, she and Quinton Jones went on to have a white wedding on September 16, 2017, and exclusive coverage rights for the event were sold to Multichoice for R6 million.

After only four years of marriage and following rumors that she had cheated on Quinton with a businessman named Edwin Sodi, it was announced that Minenhle and Quinton had filed for divorce at the beginning of the year 2022. 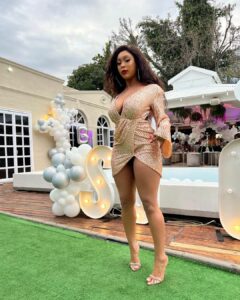 Dlamini had her first screen appearance while covering “Youth Day” and “World Cup celebrations” programs in June 2010, while she was a student at the University of Cape Town. On June 16, 2010, she became a presenter for LIVE, which was her first job in the television industry. After that, she was a co-host of the lifestyle show Mzansi Insider, which aired on SABC 1. In 2012, she announced that she would be leaving the show in order to concentrate on a career in acting. Minnie made the transition to sports broadcasting in 2013 when she began co-hosting Soccerzone alongside Thomas Mlambo. She remained in this role until 2016 when SABC 1 altered the format of the show. Since then, she has served as a co-host for a number of award shows, both locally and internationally. Some examples of these shows are the 14th Metro FM Music Awards, the 2016 Africa Magic Viewers Choice Awards, the PSL Awards, and the South African Film and Television Awards. 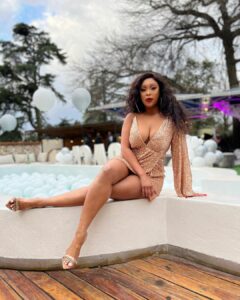 Dlamini made her debut as a film actress in the television soap opera Generations, which aired on SABC 1 in 2010, and in which she played the role of Miranda. After then, she went on to play the leading part of Zintle Lebone in the soap opera The Wild and the character of Nosipho Bogatsu in the television show Rockville.

In September of 2011, it was revealed that Dlamini would be the new face of the South African department retailer LEGit, where she would also have her own fashion line called the Minnie-Series.

The Minnie Dlamini Foundation is a charitable organization that was established in 2014 by Dlamini with the purpose of assisting young women in South Africa in gaining access to high-quality educational opportunities. On July 15, 2015, she made the announcement on Twitter that her charity would be providing financial assistance to 29 students for the payment of their college tuition.