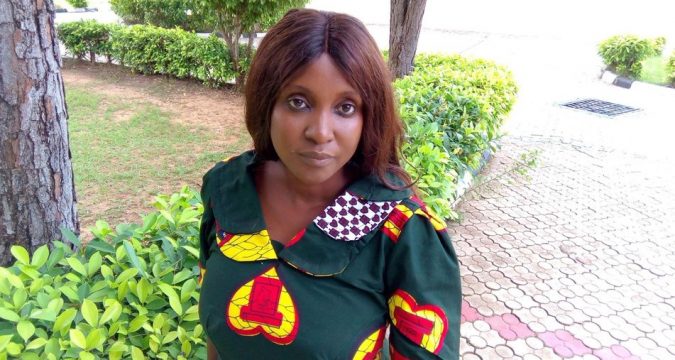 Maria Ude Nwachi is a lawmaker presently representing Afikpo North East COnstituency in Ebonyi State. She is popularly known and is regarded as Afikpo Chick in her community.

We currently don’t have any details about Maria Ude Nwachi Networth but we promise to keep you updated anytime we have the data at hand.

Check Out Her Interview With Punch News Below:

Tell us about yourself.

My name is Maria Ude Nwachi, also known as Afikpo Chick— the best chick that ever lived. I was born in the Ozizza community in Afikpo North Local Government Area of Ebonyi State. I left Nigeria for the United States of America when I was 18 years. I have been involved in social media-related matters and fashion designing since I came back to the country in 2000. I was one of those people who started posting breaking news on Facebook. I recently began an image-making venture whereby I operate a social media account for prominent men and women in the society including governors and oil magnates.

I am also a photographer; I take the photographs of all my clients and equally do a special type of editing. When I edit a picture, you will never believe that it is touched.

At what point did ‘Afikpo Chick’ become your identity?

People started calling me that name as soon as I returned to Nigeria. I actually love my town so much. I am not completely comfortable unless I am in Afikpo. I can be happy anywhere but for me to have full excitement, I have to wake up in my bed and discover that I am in my home town.

Is your family also with you in Afikpo?

I don’t want to discuss my family.

Why did you contest election under the Progressive People’s Alliance?

I felt irritated and disgusted by the way people play politics in Nigeria. Women elected into political offices are not living above board. I usually feel bad and uncomfortable when female politicians, who are supposed to be mothers, won elections or secured appointments and they got involved in stealing public funds like their male counterparts. So, I am just unhappy about how politicians behave. I decided to do something new and lead by example through selfless service.

What do you mean by selfless service?

I have never spent my salary on my personal needs since I became a lawmaker. I have been spending everything on my constituency. I don’t have an idea of what my salary looks like. I even go out of my way to get loans from banks in order to award constituency projects to my community. I went into politics because I wanted to lead by example and show Nigerian women how to be genuine politicians.

So, is that why you joined the PPA?

I joined the PPA because the political space had been blocked and I needed a political platform to express my ambition and actualise my dreams. I didn’t even know the promoters of the PPA. I came at a time when activities for election had reached an advanced stage but I was confident that I would secure my victory no matter which party I chose to contest. Fortunately, my people elected me overwhelmingly. I didn’t know why they consider me as someone worthy of their votes.

In which areas have you specifically impacted positively on your constituents?

A week after I was elected, I gathered over N100m from my personal savings to start some projects for the people in my constituency. Constituency projects funds were later approved but we have yet to access everything. Philanthropy is what I do on daily basis and I do not see it as a big deal. It is only when I don’t have that I won’t give. I am a mother in all ramifications. I know what my constituents need before they even make their demands.

I awarded the multimillion-naira contract for a construction of the bridge that links Mater Hospital located on the outskirts with the Afikpo main town. The bridge has since been completed.  Prior to my intervention, people usually fell into a pool of water leading to loss of lives.

Apart from that, I constructed a borehole at Afikpo Divisional Police Headquarters and Area Command Headquarters which cost me millions of naira. Right now I am building a modern toilet at Eke market in Afikpo. These are personal projects. They have nothing to do with my constituency projects. I am not even proud of anything at the moment because I have not done enough of what I really need to do. But I am doing the best I can.

Can you assess the performance of the current leadership of Ebonyi State House of Assembly?

We need to understand that State Houses of Assembly all over Nigeria have no autonomy. You don’t need an oracle to tell you what that means. So I will stop at that.

Are your views on issues given the desired attention as an opposition member in a Peoples Democratic Party-dominated House?

Do you intend to defect to the ruling All Progressives Congress or any other political party?

I do not see any reason I should defect. What is the difference between other political parties and my current party? I am not seeking a re-election to the House of Assembly. I don’t value political parties in Nigeria for anything because they do not have ideologies. It is not the party that is the problem, I need to know the reason I am joining another party. I need to know what my constituents stand to gain if I defect.

How did you get involved in a programme, Talk Radio, in America?

I was invited to the programme, I believe, due to the things that I was doing then. I started using the Internet so early. I went to America in 1989, and I was among the first to start chatting and posting my views and pictures on the social media.

I was active and I love radio. In America Talk-Radio is very popular. The stars of Talk Radio are even popular than movie stars and musicians. One of the producers of a Talk Radio programme was like a literary god to me. I was always a guest on his show. It was usually a fantastic moment whenever I appeared on the show. Majority of the listeners loved me and also loved the show. The show actually got me a lot of fame and money.

How do you unwind whenever you are not engaged in legislative activities?

I enjoy dancing a lot. It is a form of exercise and I derive great joy and satisfaction doing so. I am not a football enthusiast but I am sponsoring the Maria Youth Club and I organise a tournament for the youths. By December this year, I will sponsor a football tournament for the people of Ebonyi South.

What is your next political move?

My future political ambition is that I want to go higher than I am today. I want somewhere better, which I don’t know yet. Let my people just have something good, that’s all.

You seem to love simple dresses

I love wax wrapper with blouse or wax gown. I will always wear it even if I am going to meet the president of the world. Many think it is too simple and does not reflect my status but my response always is that it’s my choice and it makes me feel good. I don’t see much controversy in it as people are already used to it.

People believe that you are deceiving your people with your simple dressing because you are actually flamboyant….

(Cuts in…) Flamboyant lifestyle? I lived the life of an average American movie star in my days in America. I was an IT girl, so I bought and used every luxury money can buy. I have seen it all when it comes to decadence, shocking and extreme luxury.  That is why today, I prefer extreme simplicity. My major aim in life at the moment is service. I want to add value to the society and offer selfless service to others. I am no longer interested in flamboyant lifestyle and materialism which I had already lived in my US days. They no longer mean anything to me now.

Tell us about the jeep given to you by your state governor, why didn’t you sell it again as earlier announced?

There is no way I would have driven that jeep. I feel it would be okay for me to sell it. But I had to obey when the government advised me not to sell it. I just wanted to use the proceeds for something that everyone in Afikpo will benefit from. There is nothing the people of Afikpo cannot do for me, and I always wan’t to reduce my comfort so that they could be more comfortable. I will sacrifice anything to see smiles on their faces.