Magixx is one of the talented Afro-Pop artists in Nigeria at the moment. Thanks to Mavins Record for finding this great talent; what a great blessing to the entertainment industry. Magixx happens to be a young-looking guy, a very handsome guy, and ultimately blessed with great singing talent.

Thou, Magixx had just been signed to Mavins Record label today, but he seemed to be working on a project before then. Fortunately, he was opportune to release an Extended Play {EP} project when he was officially announced as a signee of the label. He titled the EP after his stage name, Magixx.

Let’s move to the full concept of Magixx Biography:-

Originally born Adelabu Alexander was born and raised in Ogba, Lagos State. Thou, he hails from Ekiti State through which his ancestral lineage was traced. 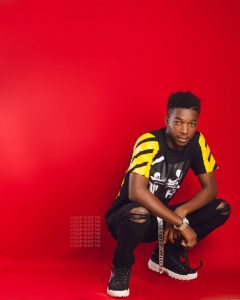 In a recent interview with Sun News Online, Magixx revealed Wizkid influenced his career. He also made mentioned that Tiwa Savage remains his celebrity crush, among other issues.

Alexander’s primary and secondary education is still unknown as he had not yet made any public statement about that. But he finished his higher learning institution at the University of Lagos, where he bagged a degree in Mass Communication. He gained admission into the University of Lagos in 2015 and graduated in 2019, i.e., he went for a four-year course in Unilag.

Magixx started making music right from when he was still in secondary school. He started by studying different musical instruments. He started rising to fame in the year 2015 where he won the Mass Communications got Talent show.

In the year 2018, he caught the attention of a record label known as Music by Nature Record Label {MBN}, and he was signed formally. 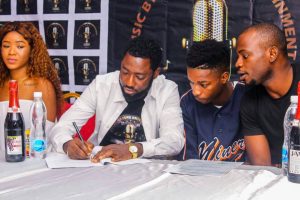 When he was about to get signed to the label, Magixx said that he wanted to use his music to change the African narrative to the world and give hope to the average Nigerians.

Magixx was a creative disposition, agile charisma to explore, and was a guy with good characters. At this time of his signing, he released a song under the label titled ‘Mirror.’

Fortunately for Magixx, he got signed to Mavins Record Label today, the 23rd of September, 2021, and he is already getting fans worldwide. We pray he make more exploits than he was before. Amen!!

Magixx networth is currently not unknown as he is not unveiled to possess any assets yet.

You can connect with Magixx on the following handles

Note that this biography is not updated and not in a detailed version, but we promise to update you more as Magixx progresses with his music career.