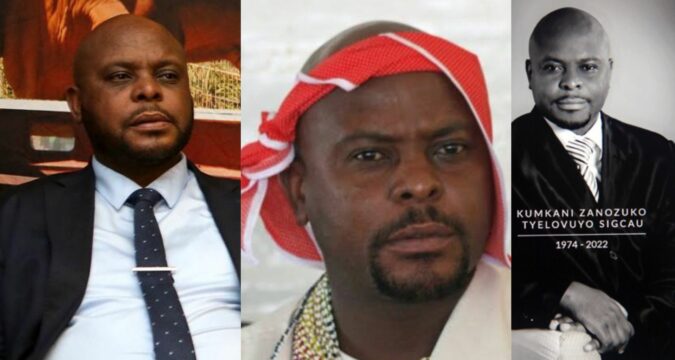 In this article, I will explain all you need to know about King Zanozuko Sigcau Biography, Age, Wife, Funeral, Cause Of Death, and Net Worth. Stay tuned to get the full updates from our webpage: King Zanozuko Tyelovuyo Sigcau was a well-known leader of the Mpondo country in South Africa. He was crowned in 2018 and recognized for his excellent deeds. There is not much information available about him at this time, but we can tell you that he was a decent guy, Zanozuko Sigcau Biography.

During President Cyril Ramaphosa’s administration, Monarch Zanozuko was the first king to be acknowledged.

King Zanozuko Sigcau was born on September 15, 1974, and he would have celebrated his 48th birthday on September 15 if he was still alive had he not died at the age of 47. 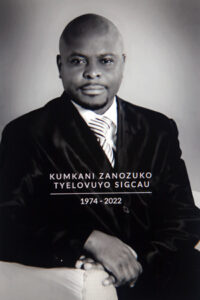 For now, we have no information about the childhood and schooling of Zanozuko Sigcau, but we are certain that it will be soon.

This section will be updated as soon as we learn more about Zanozuko Sigcau’s family, including his spouse and children. 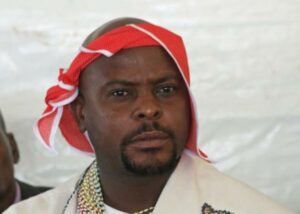 King Zanozuko was the first king to be recognized during President Cyril Ramaphosa.

Ramaphosa extended his condolences to the nation of amaMpondo and the royal family, including his mother, Queen Zuziwe Victoria (Nobandla), sisters Princesses Nontsasa and Ziyanda, and his five children.

The president said: “We reach out in mourning to the amaMpondo kingdom at the passing of a distinguished leader who made an important contribution to uniting the royal family and the amaMpondo community, which are important constituents of our greater nationhood.”

Kumkani Tyelovuyo Sigcau (Zanozuko) was the first king to be recognized during Ramaphosa’s term. The two engaged numerous times about the service delivery and local development initiatives under the district development model.

The president said: “While Kumkani Zanozuko was a proud and respected custodian of customs and traditions that were centuries old, he was equally passionate about the socio-economic development of the kingdom and the greater Eastern Cape province for centuries into the future.

“He was a fervent proponent of integrated development as facilitated by the district development model in the OR Tambo District Municipality. He reached out to other provincial kings in his enthusiasm for the Eastern Seaboard Development Initiative.”

Ramaphosa added: “The outcomes of the recent Summit on Communal Land Administration and Tenure serve as a means for us to honor and realize Kumkani Zanozuko’s vision for the amaMpondo nation and our country more broadly. May his soul rest in peace.”

The king’s death on May 31 prompted President Cyril Ramaphosa to proclaim a special formal funeral category 1 for the monarch.

Mourners have been asked to respect the special category 1 funeral service for the late AmaMpondo King Zanozuko Tyelovuyo Sigcau after the service almost descended into chaos on Tuesday when a young man reminded the mourners that there was a court order in place.

Prince Mbasa Sigcau stood up and told agriculture, rural development, and land reform deputy minister Zoleka Capa: “You are dishonest, makhulu. There are many dishonest people at this funeral, including the government.

“The government knows the royal family that appointed the late king as the king of AmaMpondo. Today there are people here choosing to deal with other people we don’t know.

“There is an acting king. I do apologize. Please can we correct a few things because there is a fear that if we do not present an opposing view, there will be a misconception about this whole mess that we see here?

“The royal family has a view, which must be respected. There is a court order, and the minister of Cogta [co-operative governance and traditional affairs] and relevant people are aware of this. Please can we respect the royal family, and I want to put it on public record: there is a legitimate royal family.”

The young man said the kingship was still being contested, “and they are the ones that are alleging to be representing us. Please, can we be honest about everything that is happening here?”

The man was whisked out of the packed marquee while the choir tried to drown out the commotion.

The older woman took the mic and tried to quell the tension.

After a short break, a chaplain from the SANDF took the podium to call for peace, saying: “Any other concerns that we might have. It is proper that we correctly conduct ourselves and respect this ceremony. We are aware of the challenge, but I do not think any of us would appreciate their loved one being disrespected at this time.”

The chaplain said the concerns had been noted and would be dealt with.

On the eve of King Zanozuko’s burial on Tuesday, the family was locked in a bitter court dispute over who should be in charge of the burial rituals.

The AmaFaku royal family and acting king of the AmaMpondo, Prince Dumelani Sigcau, filed an urgent application before the high court in Mthatha on Monday evening, seeking to prevent the funeral of the late king from taking place without their involvement.

They wanted an order declaring them as the correct people and structure to oversee and perform all customary rituals during the burial or funeral service of the late king.

President Cyril Ramaphosa last week declared a special official funeral category 1 for the king, who died on May 31. Sigcau was inaugurated as king in 2018.

According to the presidency, the funeral proceedings were to begin at 9 am at the Ndimakude Great Place at Flagstaff in the Eastern Cape.

Ramaphosa, who attended the funeral, was among the respondents, along with co-operative governance and traditional affairs minister Nkosazana Dlamini-Zuma, premier Oscar Mabuyane and members of the royal family Stella Sigcau II and Nobandla Sigcau.

The AmaFaku royal family, which describes itself as the repository of AmaMpondo customary rituals, and the acting king, also sought to prevent Quma Funeral Undertakers in Lusikisiki from releasing the’s remains for funeral and burial purposes to any person other than the AmaFaku royal family and the acting king. They will lead the procession to a place where the funeral is arranged to take place.

Under President Cyril Ramaphosa, Monarch Zanozuko became the first king to be officially acknowledged in this role.