KieKie is a Nigerian TV personality, model, and content creator. She was born on June 20, 1990, as Bukunmi Adeaga Ilori. She also likes fashion and is an entrepreneur who has worked with a number of well-known brands. Bukunmi has made a name for herself in the entertainment industry as a creative person.

The young business owner and brand influencer live in Lagos, Nigeria. She has a huge number of followers on social media sites in Nigeria. 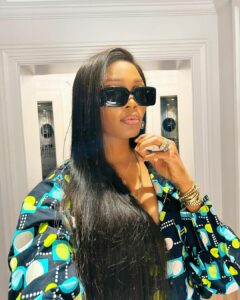 One of the most prestigious private schools in Ibadan was Bukunmi’s educational institution of choice from kindergarten through secondary school. She ultimately earned a Bachelor of Arts in Mass Communication from Bowen University in Osun State, which she attended later on in her life. Kie Kie, as she is affectionately known, has also earned a Master’s degree in Marketing from the London School of Business and the London College of Fashion, both of which are institutions in which she studied to learn the skills of tailoring, couture, and patternmaking, respectively. 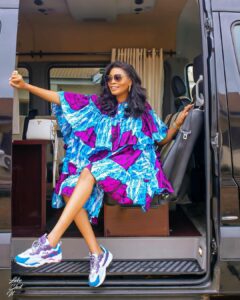 It was in 2015 when Bukunmi started working with GoldMyne TV as the producer and host of a Fashion Show. This was the beginning of her professional career.

As a result of the work, she is now quite well-known in the entertainment world, and her YouTube channel has more than 20,000 subscribers.

Additionally, Bukunmi is a content creator. The multitalented young woman is best recognized for her regular films that she posts on Instagram and YouTube. In these videos, she uses a comedic tone to discuss serious topics related to life.

Kie Kie TV on YouTube and ONTV, where she was the host of the show ‘Style Street,’ a platform where she studied fashion trends and styles, is the brainchild of this woman. She is the person behind Kie Kie TV.

Accost Collections is fortunate to have Bukunmi serving as their director because she is very creative and competent. The majority of the company’s products are geared toward women and include things like bridal wears and ready-to-rock wear.

Bukunmi is considered to be one of the most successful fashion stylists in the country as a result of her enormous success in the fashion industry. She is, without a doubt, a trendsetter in the fashion sector in Nigeria and serves as a model for those in her country’s up-and-coming youth.

Bukunmi is an influencer for the brand. She has collaborated with a number of companies in Nigeria to promote their products, services, or content in various capacities. She is the brand Ambassador for a number of different companies, including the real estate company Perfection Real Estate Group.

She tied the knot with Mr. Ilori in February of the year 2020. Despite this, she has decided to keep her marital status a secret from the general public. 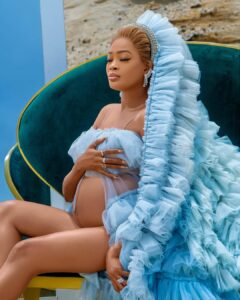 She defended her decision by stating,  “I respect the privacy of my family and marriage, and I do my best to show them to the barest minimum. (I) just (do) the basic things when it’s necessary; maybe birthdays and anniversaries. (I believe that) the little one shares, the better.” 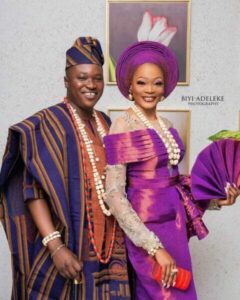 Net worth and Source of wealth 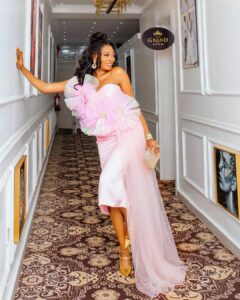 Through her one-of-a-kind comedic style and an exceptional sense of fashion, KieKie has firmly established herself as an expert not only in the fashion sector but also in the entertainment world.

In the course of her career, KieKie has been honored with a number of accolades, including nominations and awards in a variety of categories.

However, this was met with backlash from a few of her supporters, who believe that she was making fun of the actress.

In response to the allegation, KieKie replied in a post by saying “Listen, I know it might be difficult for some people to understand, but some of us didn’t build our brand on or around clouts”

“Some of us also don’t pick on other people’s issues for attention purposes. I personally don’t offer my 2cent on people’s matters simply because it is not my matter.

“Now, how do you have that from the internet point of view?

“I know some people might be shocked, but people who live by the fear of God still exist.“If you’re too shallow to comprehend that, then seek understanding or shut up. It’s that simple.”

Kiekie, who has over two million followers on Instagram

Who is the husband of Kie Kie?

Kie Kie, born Bukunmi Adeaga-Ilori, is a renowned Nigerian TV personality, content producer, model, and fashion icon who is 32 years old. She was born on June 20, 1990, and her professional name is Kie Kie.

What year did Kie Kie get married?

She tied the knot with Mr. Ilori in February of the year 2020.
More On
Search For Contents