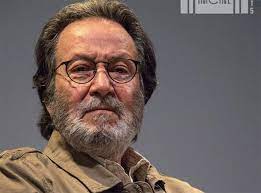 He was a member of the very first group of filmmakers to graduate from the UNAM. His short film, “Caridad,” which was released in 1973, is still regarded as one of the finest works of Mexican cinema. Rojo amanecer (1989) and El callejón de los milagros (1995) are two of the most important films in his filmography. Both of these films are based on the homonymous book written by Naguib Mahfouz in 1947 titled Midaq Alley ( ), and both of these films break the traditional pattern of linear plots in films.