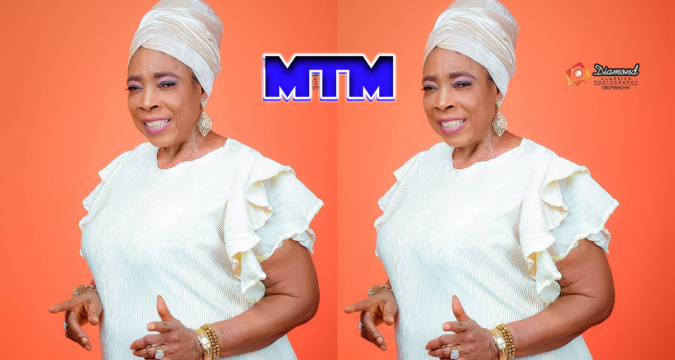 Iyabo Oko was born 15th of November, 1960, and was biologically named Odukanmi Kudirat. She hails from Iwo, a local government in Osun State, Nigeria. She spends most of her early childhood life in Port Harcourt, Rivers State.

She is a notable actress who is known for her superb acting skills. Iyabo had featured in a lot of movies with her colleagues. Apart from being referred to as Iyabo Oko, she is nicknamed Apoti Aje and Sisi Mama. She has come a long way to be referred to as a living legend in the Yoruba Movies Industry. She is being applauded for her acting style and her versatile appearance in different movies.

Iyabo Oko started acting at a tender age. She ran away from her comfort zone to a theatre group due to her love for acting. Her father often comes to take her away from the group, but that doesn’t stop her interest in acting. To be precise, Iyabo Oko joined Nollywood in 1973 under Eda Onileola Theatre Troup. She joined the group professionally without the consent of her parents.

Oga Bello brought her to the limelight after working under Oga Bello’s Theatre Group in Lagos. A film was titled Oko and was directed and produced by Oga Bello during that year she joined. Iyabo Oko got her nickname from Oga Bello’s produced film, Oko.

While she was trying to get her career balanced, she lost her father while her mother was able to see the transformation of her career. A few of the movies Iyabo Oko had acted in are Idunnu Okan, Mayowa, Okobo Dimeji to mention but a few.

She took a long break from the industry in the year 2018 due to health issues. After the break, she also disclosed that she would be starting a business of her own as she is not okay with the funds coming in from acting.

Iyabo Oko Cause of Illness

Kudirat suffered from an undisclosed illness in the year 2016. She survived the illness and was flew overseas in the year 2018 for proper treatment with the help of her son.

When she arrived back in Nigeria, she made it known that she was advised medically to decrease duties with stress. She also decided to take a long break from the film industry.

On the 5th of January, 2021, Iyabo Oko was confirmed to be dead but woke up back after three hours. This incident had occurred twice; Iyabo Oko had been rumored to be dead twice, and this seems she is not ready to die. She was later diagnosed to be suffering from an Ischaemic Stroke.

Iyabo Oko is a card-carrying member of the Alliance for Progressive Change (APC), and she was among the Nollywood stars and actresses that canvassed for PVCs in 2015. During this campaign, she disclosed that she was a former member of the PDP but left since they had nothing to offer her.

She was opportune to give birth to three children. She gave birth to two daughters and a son. Tajudeen Akanmu being the first son died in 2008 after suffering from a brief illness.

Bisi Aisha who tends to be her second child and the first daughter is a Nigerian soldier while her third child (Oduola Olamide) also is still alive.

A few years ago, Iyabo Oko lost her husband. Up till now, she did not reveal the identity of her husband. Iyabo is not always seen with men except on movie sets and she doesn’t use to dress in a seductive way.

As of this moment of writing the networth of Iyabo Oko is still unknown.