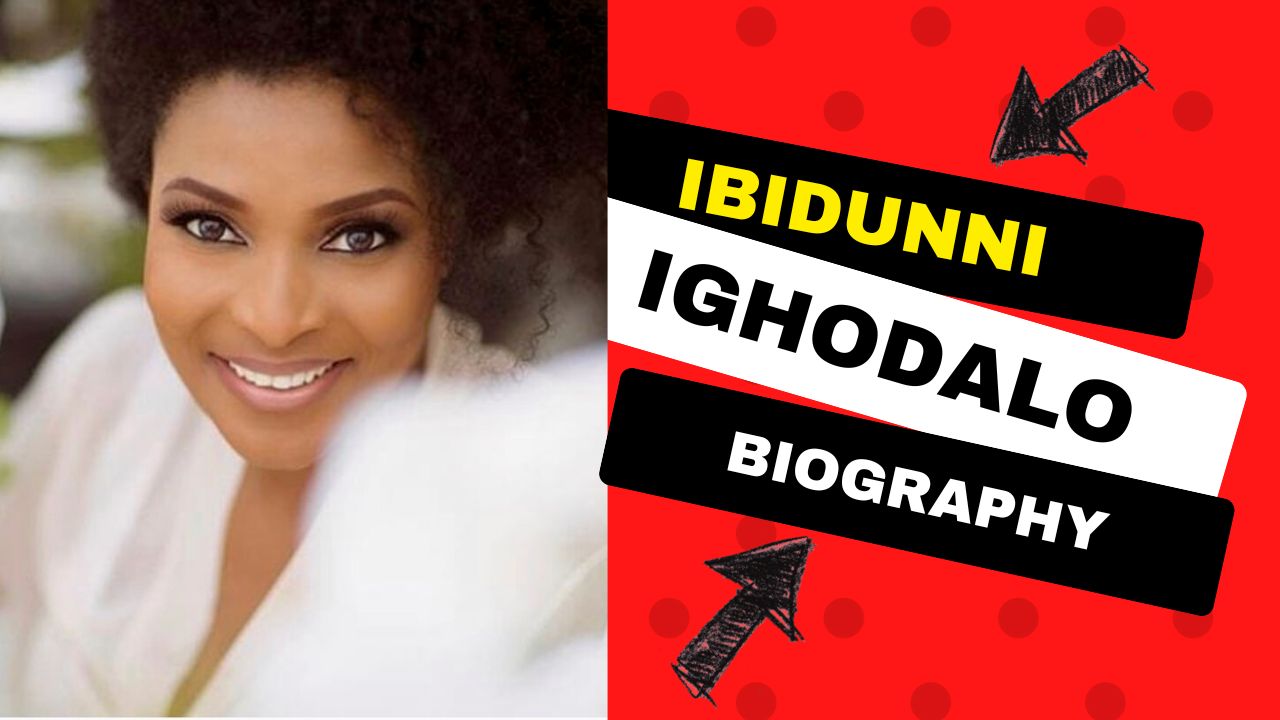 Ibidunni Ighodalo was a beauty queen, an expert in event management, a philanthropist, and she served as a co-pastor at Trinity House Church in Lagos, Nigeria. She was born in July 1980 and passed away on June 14, 2020. She is the creator of Elizabeth R, a company that specializes in public relations and event planning, as well as the Ibidunni Ighodalo Foundation, a non-profit organization whose mission is to assist families who are struggling with infertility.

Ibidunni Ighodalo was born in Kaduna, Kaduna State on 19 July  1980. She is the fifth child of Olaleye Ajayi, who has a total of eight children.

Ighodalo received her primary education at K-Kotun School, located in Surulere, Lagos. She then continued her education at Federal Government Girls College, located in Oyo State. After that, she submitted her application to the University of Lagos, Akoka to pursue a degree in medicine; this was the institution that her father had recommended. However, because her admissions application was confused with that of another person, she chose to major in microbiology instead. After completing her Bachelor’s degree, she continued her education at the Lagos Business School, where she received additional training in business management. In addition to that, the National Institute of Marketing counted her as a fellow.

Her brothers signed her up for a beauty pageant in 1998, just before she began her studies at the university. She went on to become the very first person to win the Miss Lux Beauty Pageant the following year, in 1999. Because of this, she was able to launch a successful career in event management. Elizabeth R, event management and public relations company, was founded by her in 2003. Three years later, in 2006, she opened a bridal shop called Avant-Garde.

She tied the knot with Pastor Ituah Ighodalo of Trinity House Church in 2007, and the couple now has two adopted children between them. Ighodalo was candid about the challenges she faced in conceiving her own child and her desire to support other people whose families are coping with infertility. She once told in an interview how they had a difficult time conceiving their own children, how they went to various hospitals, and how the medical staff there advised them that their only choice for therapy was to seek it out through assisted reproduction. Ighodalo stated that she had tried in vitro fertilization 11 times but was unsuccessful each time; nevertheless, during her most recent effort, she discovered that she was pregnant with twins. After three months, she was unable to carry the pregnancy to term. As a result of these experiences, she decided to form the Ibidunni Ighdalo Foundation with the goals of raising awareness about infertility and offering financial support to families struggling to pay for in vitro fertilization (IVF). She has raised awareness and funded grants for couples who want to undergo in vitro fertilization (IVF) through the organization she established.

Ighodalo passed away in the wee hours of the morning on Sunday, June 14, 2020, in the city of Port Harcourt, which is located in Southern Nigeria. She was working for the River State administration to establish a COVID-19 isolation center at the time of her passing away from the disease. Ighodalo passed away about a month before she would have become 40 years old. She passed away as a result of a heart arrest.