Hilaree Nelson (born 13 December 1972) is an American ski mountaineer and the first female to summit two 8000-meter peaks (Everest and Lhotse) in one 24 hour push on 25 May 2012. On 30 September 2018, Nelson and partner Jim Morrison made the first ski descent of the “Dream Line”, the Lhotse Couloir from the summit. Lhotse is the 4th-tallest mountain in the world and shares a saddle with Mount Everest. Nelson was named one of “The Most 25 Adventurous Women of the Past 25 Years” by Men’s Journal,  as well as being named as one of National Geographic’s 2018 Adventurers of the Year. 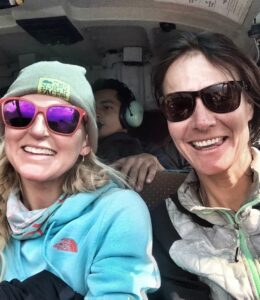 Nelson grew up in Seattle, started skiing at age 3, skied at Stevens Pass, is a mother of two, and now resides in Telluride, Colorado and serves as the current The North Face Global Athletic Team Captain. She was a team member on the 2012 Montana State University Everest Education Expedition. [12] Nelson is a National Geographic Explorers grant recipient, has been a member of over 40 expeditions, and has first ski descents on Baffin and South Georgia Islands, Argentina, Kamchatka, Russia, the Tetons, and more. In addition, her writing has been featured in such publications as National Geographic Adventure, The Ski Journal, Outside Journal, and more. 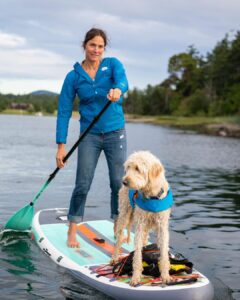 When Nelson and her companion, Jim Morrison, were skiing down the summit of Mount Manaslu in Nepal on September 26, 2022, Nelson slipped into a crevasse that was around 2,000 feet deep. The first search and rescue attempts were impeded by the severe weather, and as of September 27 she has not been located. 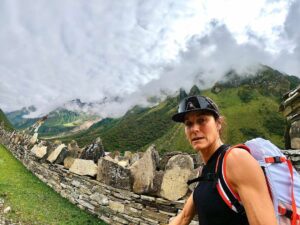 On September 26, 2022, Nelson was injured in an accident that occurred while she and her companion, Jim Morrison, were skiing down from the peak of Manaslu Mountain in Nepal. Bad weather initially impeded initial rescue operations, but on September 28 her body was found on the south slope of Mount Manaslu and was taken down to the base camp by rescuers.