Who is Big Brother Naija in person?

Since 2006, one of Nigeria’s most popular entertainment franchises has been Big Brother Naija (BBNaija). The reality show has been on the air for a total of six seasons. In the year 2022, there are a total of 26 competitors living in the Big Brother house, all of whom are vying for the top prize of N90 million. Biggie watches over his roommates at all times, day and night, for the duration of their stay.

Who is the owner of Big Brother Naija?

Chukwuebuka Obi-Uchendu is a Nigerian lawyer and media personality who was born on July 14, 1982, in Okija, which is located in the state of Anambra, Nigeria. Big Brother Naija, the long-running talk show Rubbin’ Minds, which airs on Channels TV, and The Spot and Men’s Corner, both of which air on Ebonylife television, are three of the most well-known programs that he has hosted in recent years. 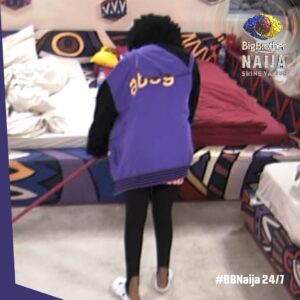 Who exactly is this Big Brother Naija character? 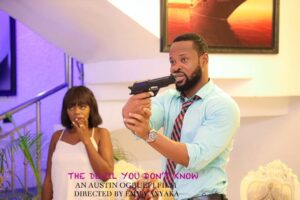 Who is Big Brother’s voice?

You have undoubtedly been exposed to the catchphrase “This is Big Brother” if you are a follower of the show. It has been determined that Ejike Ibedilo is the individual who provides the voiceover for the Big Brother Naija reality show. 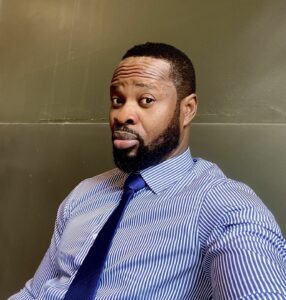 Mike Ejike Ibedilo is a well-known voice actor who hails from Nigeria. He has appeared in a variety of brands, but his role on Big Brother Nigeria has been his most successful to date. The beginning of Nollywood actor Ejike Ibedilo’s film career began when he accompanied his cousin, who was dating a director at the time. He has appeared in a few movies that were produced in the Nollywood industry. Ejike Ibedilo is known for his time spent working in radio broadcasting. His first job in the radio industry was at Cool FM. He remained there for four years before deciding to leave in order to devote his attention to his young family. He hasn’t given up hope that he’ll hear his voice again on the radio. In the early stages of his career, Ejike Ibedilo worked as a hype man for a variety of different events.

Roles of Ejike Ibedilo in the BBNaija Show

He extends a warm welcome to the competitors as they enter the house. Biggies are the friendly voice that greets the contestants as they enter the Big Brother house for the first time. He has a very warm and friendly tone, and he encourages them to make themselves at home. He walks through the rules with the other people living in the house. The house abides by certain guidelines that must be followed. Big Brother will go through each one with the housemates and explain the consequences of breaking any of the rules. He will make announcements to the participants in the competition. He is the only person in the house with whom the roommates can communicate with one. As a result, he is in charge of making all of the announcements to the other roommates. During the time that the contestants are staying at Biggie’s house, he plans activities for them to participate in. As part of the competition, each participant is required to take part in a unique set of challenges. It is up to him to brief the other residents on the activities for the day. He makes the announcements regarding who won and who lost in the group competitions. After a game or a group challenge, he will make the announcements regarding who the winners and losers are. In addition to that, he clarifies how to play each game. Contestants receive both praise and criticism at his hands. When a housemate or group of housemates completes a task successfully or triumphs over a challenge, they are rewarded for their efforts. It is up to him to decide what the housemates should receive. He metes out punishment to the house’s lawbreakers and those who came in second place. Within the diary room, he engages in conversation with the competitors. In the diary room, he calls each participant in the competition in turn. The contestants are also free to visit Big Brother whenever they have a desire to have a conversation with him. When he gets to this point in the conversation, he engages the contestants by asking how they are doing inside the house. He offers the contestants some words of wisdom. Contestants have the opportunity to discuss with him a variety of concerns relating to their time spent in the house. Depending on the circumstances, he is able to provide them with advice. He then asks the contestants to put forward candidates for elimination from the other contestants’ houses. One of the competitors needs to leave the competition house on a weekly basis. It is his responsibility to solicit nominations from the contestants for their fellow housemates who should be considered for eviction. They are also required to provide an explanation for their decision. Biggie reveals the names of the eliminated contestants from the Big Brother house. There is a possibility that the eviction will be permanent. In the confession room, he writes a note to the eliminated contestant and then leaves it there. He bids farewell and tells the contestant that their presence will be missed by many. 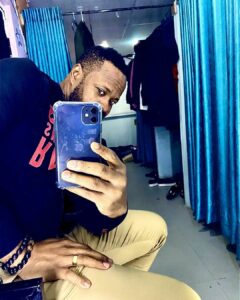 The contestants on this season of Big Brother Naija. Big Brother Naija is a reality television show, and its host, Mike Ejike Ibedilo, has been revealed to be the man behind the voice behind the show. Fans agree that the contribution that Mike Ejike Ibedilo makes with his voice to the show is both valuable and enjoyable. The following characteristics give his voice its distinctive quality and make it an asset to the show. A diction that is flawless. The voice of Big Brother Naija can be heard very clearly. Because of his excellent pronunciation, tone, and diction, he is easily understood by those around him. Outstanding control of tone modulation and intensity of voice. He is able to communicate clearly due to the commanding manner in which he uses his voice. Contestants and audience members alike find it easy to understand what he is saying thanks to the cadence of his delivery. When he is talking to the other people living in the house, he exudes self-assurance. Simply by using his voice, he is able to command their respect.

Big Brother Naija Season 7 Level Up is now airing on GOtv channel 29 and DStv channel 198, both of which are available around the clock. Fans in the United Kingdom, as well as fans across Africa, are able to stream content online through the African online streaming service known as Showmax. 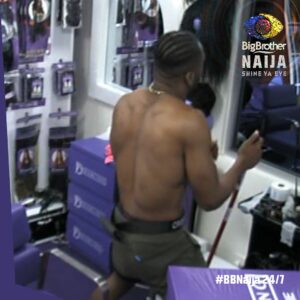 What is the purpose of BBNaija?

Big Brother Naija is a Nigerian reality competition television series that was formerly known as Big Brother Nigeria. The series is based on the Big Brother television franchise, in which contestants live in a house by themselves and compete for a large cash prize and other material prizes at the end of the show by avoiding being evicted.
More On
Search For Contents